NHS mental health helplines have answered around three million calls during the pandemic.
The dedicated 24/7 NHS mental health crisis helplines were fast-tracked so everyone could get the rapid care they needed without having to go to A&E.
Anyone experiencing a mental health crisis can call their local helpline, and you can also call on behalf of someone you’re worried about. Support is available for all ages.
Visit http://nhs.uk/urgentmentalhealth
to find out more about urgent mental health support or you can find more information about the background story here: https://www.england.nhs.uk/2021/07/nhs-mental-health-crisis-helplines-receive-three-million-calls/ 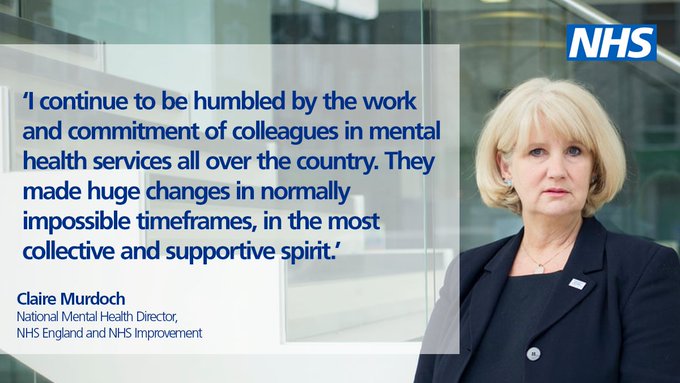 One of the most regrettable side-effects of the Covid pandemic, aside from death, illness and impoverishment, is that it encouraged people to talk more, even though there’s less to say.

For example, there was a time, at the height of the vaccination drive, when everybody wanted to tell everybody else that they had had one or both of their inoculations, that staff were friendly and efficient and that they felt fine afterwards, or if they didn’t that they weren’t grumbling, even though what they were doing might easily be mistaken for  grumbling.

The larger implications of the global pandemic, along with associated concerns such as the sausage shortage, were largely ignored. This is what happens when the nation pulls together; we all focus on the big issue, in this case getting everybody jabbed, at the expense of ordinary, pleasant conversation.

The big issue as I write is the European football championships. I don’t know anything about football, especially as played by foreigners, but I do know, because so many people say so, that beating Germany last month was one of the finest moments in England’s history.

It almost exactly replicated our win against a country which no longer exists at an earlier stage of a different competition which took place before most people were born. If football really were to come home, it would find itself in the middle of the Vietnam War.

As well as the much-heralded ‘great summer of sport’ we also face a summer of quite unnecessary talk in which experts tell the viewers what they think is about to happen, although if the viewers wanted a definitive view of how the game might progress, they would be better advised to wait for it to start, maybe filling in the time by darning a sock or making a mug of Bovril (which is my attempt to recreate the spirit of  ’66.)

Commentators try to help by offering insights like ‘Both teams will be hoping for an early goal’, or ‘Andy Murray will be looking dour’, as if that might deepen our understanding of what sports people do, other than to demonstrate their hard-won skills with or without the help of chattering pundits.

Although chattering has, over the pandemic, become a declining skill. Just because we’re living through our greatest health emergency since the last one, we’ve started taking things too seriously and chattering opportunities have become scarce.

Before we even start we’ve got to check we’re socially distanced and correctly masked or, if the conversation is being conducted by Zoom, that we’ve hidden the discarded beer cans and takeaway cartons, which wouldn’t sit well with our claims to have spent all day making artisan vegan quiches.

(Incidentally, I join with a group of friends in regular Zoom get-togethers at which the chief problem is not that we’re lying our heads off; it’s that the honest, unvarnished truth of our lockdown lives is seldom more entertaining than algebra, or curling).

At which point, as I often do, I turn to my guru, Dr Samuel Johnson, who thought the happiest conversations were the ones which left a pleasing impression, even though nobody could remember later what the heck they were about. These may resume when bars and cafes reopen fully and when we all drop our guard a bit.

Here is your chance to be part an amazing carnival troupe this year! Join the Unstoppable Carnival Troupe.

Learn the Unstoppable Carnival routine from this pre-recorded dance class then film yourself performing the dance (by yourself or in your bubble) and then send it by WeTransfer or Google Drive Link to swirleducation@gmail.com by 2nd August.

Videos from across Leeds will be edited together to create a fantastic Unstoppable Carnival video which will be shared online. All ages, abilities and ethnicities are welcome! This video will represent all of Leeds, so we want you to be in it!

This is a dance workshop for all abilities. Examples of movement variations are given, so you are welcome to work at whatever level suits you. You may also dance seated.

If you’d like a headdress and wrist bands to wear, please click on this Google Drive link to print out, colour in and wear as costume. Please return the consent form that is in the folder too.

This project is supported with funding from Leeds Inspired, part of Leeds City Council and is a free event. Learn the Unstoppable Carnival dance any time of day, film yourself performing and send it to swirleducation@gmail.com.

Contact swirleducation@gmail.com if you need help to send your video in.

We have loved being part of this project with Gateway Church Leeds which has provided fresh cooked meals as well as grocery parcels to people in the area every week for more than a year.
Today was the last day and so a big thank you to all the volunteers who helped to organise this. 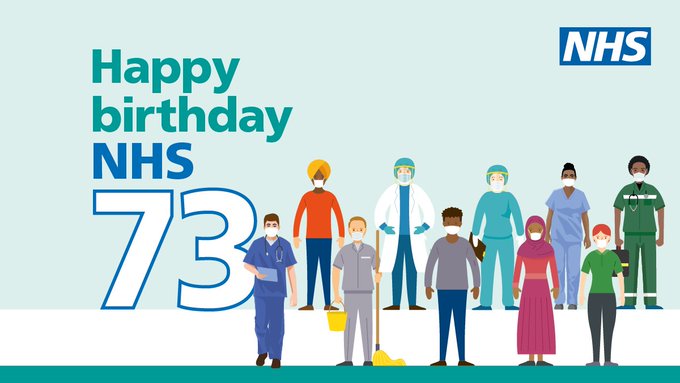 In her handwritten message, the Queen wrote: “It is with great pleasure, on behalf of a grateful nation, that I award the George Cross to the National Health Services of the United Kingdom.

“This award recognises all NHS staff, past and present, across all disciplines and all four nations.

“Collectively, over more than seven decades, they have supported the people of our country with courage, compassion and dedication, demonstrating the highest standards of public service.

“You have the enduring thanks and heartfelt appreciation of us all.”

NHS chief executive Sir Simon Stevens said: “This unprecedented award rightly recognises the skill and compassion and the fortitude of staff right across the National Health Service – the nurses, the paramedics, the doctors, the cleaners, the therapists, the entire team– who under the most demanding of circumstances have responded to the worst pandemic in a century and the greatest challenge this country has faced since the Second World War.

“Out of those dark times have come the best of what it means to be a carer and a health professional.

“And so, as we congratulate staff across the health service on this award, we recognise that completing the NHS COVID vaccination programme which is in the final stages is now the surest way out of this pandemic and provides a sense of hope.”

The country’s first ever national Thank You Day is today Sunday 4 July!

We all have someone we have been thankful for particularly over the last year and half.

In our local area we have been incredibly thankful for all in the community who have stepped up to help each other through these difficult times – although we are not at all surprised to find that our community is there for us all when it matters!

You can find the full schedule and listen live on the day at https://www.chapelfm.co.uk/news/2021/06/armedforces_day_radio/.   When the show starts there will be a box at the top right of the page that will say ‘Listen Now’

There will also be  a flag raising ceremony at 11am on Saturday 3rd July which you can watch live on Facebook at https://www.facebook.com/LeedsAFD

This seems particulary appropriate at the present time when so many changes are being made in Leeds – if you are one of the residents asked to contribute to this please do respond and share your views. 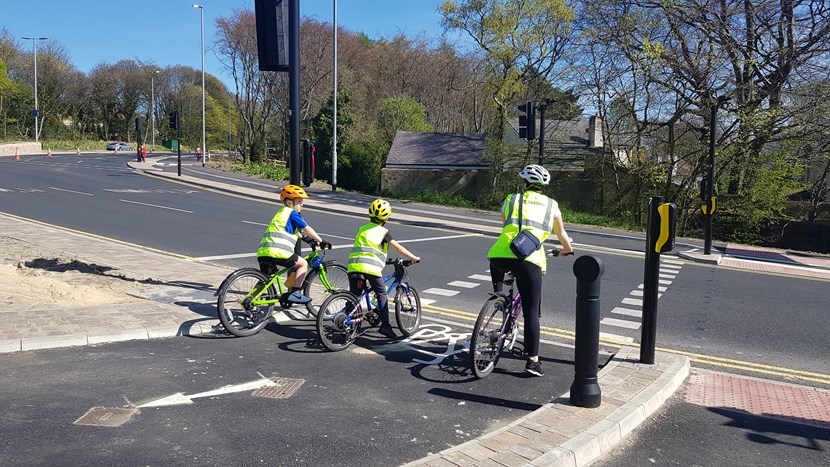 The council is one of 111 councils taking part with a standardised survey asking members of the public exactly the same questions, whether they live in Manchester, Leicester or Leeds. The survey is running for the 14th year, the largest collaboration between councils offering the opportunity to compare results, share in best practice and identify further opportunities to work together in the future.

The results will enable us to find out what local people think about these important services. It will provide one of several ways the council can assess how it is performing. It gives the public an opportunity to say which services they think the council should prioritise, and improve.

A reminder will be sent to non-responses over the summer, with local and national results published in October 2021.  Since the survey is based on a sample, residents that receive a copy are being urged to take part. Leeds residents who receive the survey can complete the survey online if they prefer, a short URL link will be printed on the front of the survey and they will be required to enter a code before completing the survey.

“This national survey is an important opportunity to share your thoughts on our local highways and transport network. That includes pavements, roads and cycle lanes, along with work done to maintain it all. If you are one of the people asked to give your feedback in this national survey, I would ask that you please take the time to respond. Your views are important to us locally and any insight you give will help us assess how well the council is performing, areas to prioritise and improve, and to deliver better outcomes for the people of this city.

“We estimate in Leeds there’s approximately £206 million needed to restore the network of roads, paths and bridges to optimal condition. The information you give helps the National Highways and Transport Network (a non-government organisation with council membership) to gather the information needed for councils across the country to lobby the government for the funding we need.

“I would like to please encourage everyone selected to take part and share your views, personal knowledge and experience so we can continue to make Leeds a better city for everyone.”