Councillor Asghar Khan has become the city’s 127th Lord Mayor of Leeds, it was announced today.  He will take over from Councillor Eileen Taylor who served as Lord Mayor for 2 years.

Caring Together would like to say thank you to Cllr Taylor for her support over the last 2 years and welcome to Cllr Khan – we look forward to working with you. 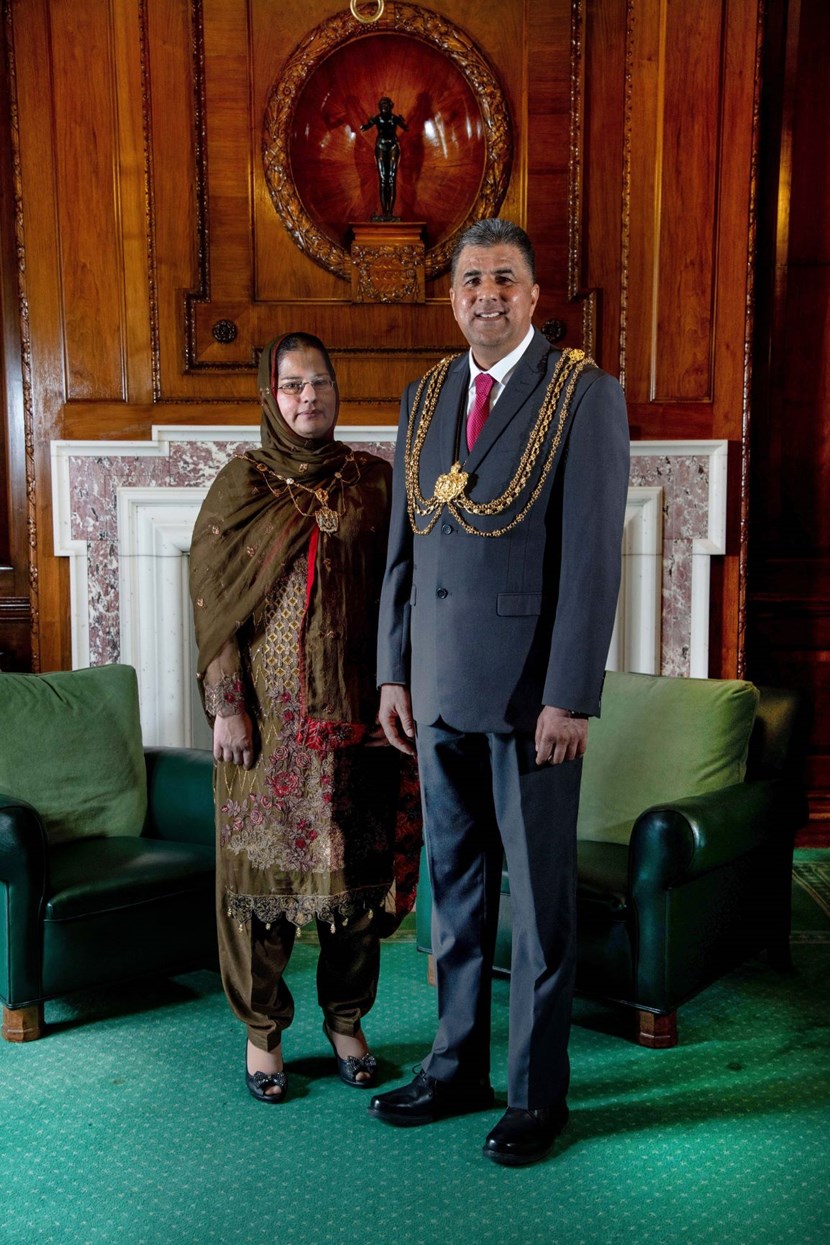 Councillor Asghar Khan has become the city’s 127th Lord Mayor of Leeds after unanimous support from members of all parties at the council’s annual meeting yesterday (20 May).

Taking over the role from the previous incumbent Councillor Eileen Taylor, who served an unprecedented two years in the role, Councillor Asghar Khan will be accompanied during his time in office through 2021/22 by his wife and Lady Mayoress, Robina Kosar.

Born in Kashmir, Councillor Asghar Khan moved to England in the 1980s as an eleven-year-old boy. He attended Cross Flatts Park Primary School followed by Cockburn High School and then went on to further his studies at Leeds City College.

Since 2011, Councillor Asghar Khan has represented the Burmantofts and Richmond Hill ward as a Labour councillor, serving on the city plans panel, inner east community committee, joint plans panel, scrutiny board (environment, housing and communities) and recently as a deputy executive member.

During his time as Lord Mayor, Councillor Asghar Khan has chosen to support Leeds Hospitals Charity, with a particular focus on raising awareness and funds for renal and diabetes services.

Leeds Hospitals Charity is the dedicated charity for Leeds Teaching Hospitals NHS Trust. Each year, they provide an additional £5 million in funding to support and make life easier for over 20,000 staff working across our local NHS hospitals.

With over 35,000 people living with diabetes in Leeds, donations could help fund specialist equipment and life-saving research, health and wellbeing initiatives, education opportunities for NHS staff, improvements to the hospital environment and specialist staff.

“I am unbelievably proud to have received the honour of service as the Lord Mayor of Leeds for 2021-2022. I believe that my appointment demonstrates the huge diversity of our great city.

“I came to England as an 11-year-old boy, arriving at Heathrow Airport and not knowing a single word of English. I could never have imagined back then that I would later become the Lord Mayor of Leeds. I feel extremely proud of that journey. It has taken me from a working class background, through working as a postman to becoming Lord Mayor. It is an accolade I am delighted and blessed to have achieved. Acting as an ambassador for our city during my mayoral year will give me enormous pride.

“I would like to pay special tribute to the preceding Lord Mayor, Councillor Eileen Taylor, for all her efforts over the last two years during these unprecedented times.”

“I’m honoured that our new Lord Mayor, Councillor Asghar Khan, has chosen Leeds Hospitals Charity as the Lord Mayor’s Office charity of the year for 2021-2022.

“This partnership is a fantastic opportunity to raise awareness of Leeds Hospitals Charity and how donations and gifts in wills support Leeds NHS hospitals, including over 20,000 hardworking NHS staff across out city, caring for patients and families. It’s thanks to the generosity of the people of Leeds that we’re able to keep funding things over and above what the NHS pays for, including new medical equipment, life-saving research and improvements to the hospital environment.

“We’re excited about this partnership with the Lord Mayor’s Office and the impact it will have on raising more money to support our NHS hospitals.”