‘Dumpty’ by John Lithgow
Trumpty Dumpty wanted a wall
To stir up a rabid political brawl.
His Republican rivals, both feckless and stodgy,
Succumbed in the end to his rank demagogy.
Dumpty’s wall made no earthly sense,
A boondoggle built at enormous expense.
But he promised, in speeches despotic and shrill,
He’d make certain that Mexico footed the bill.
Trumpty Dumpty kept insisting.
More and more citizens started resisting.
Sadly, there won’t be an end to this tale,
At least until reasonable people prevail. 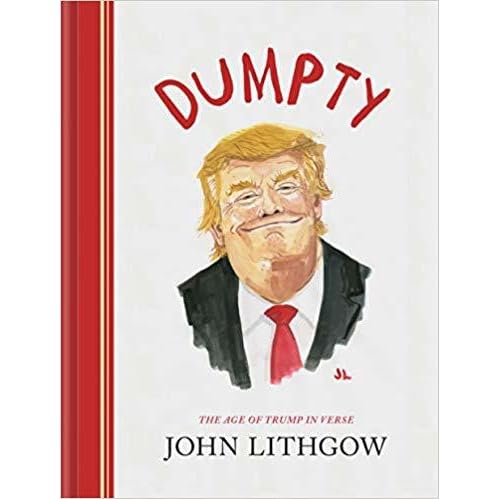