With BBC News covering how every nation of the UK had its coldest night last night, it is worth bearing the following in mind.

How to keep your home warm

Follow these tips to keep you and your family warm and well at home:

Energy bills are the number one financial concern for households – but 63% of us think there’s nothing we can do about them. At the same time fuel bills are rising. UK homes are among the least energy efficient in Europe and we have one of the highest rates of fuel poverty.

Groundwork’s GREEN DOCTOR service is a practical solution, helping people to take control and to reduce their environmental impact at the same time. The service provides home visits and 1-2-1 advice which can help you use less energy, keep warm and save money!

Caring Together had an informal session on Brexit and potential consequences for us all in the event of a no deal. Sadly we didn’t solve all of the issues in the 2 hours that we had but feel confident that if we had another couple of hours we would have managed this. We talked about peoples fears relating to issues such as medicine shortages etc. It was all conducted with good humour and there was no falling out among attendees. 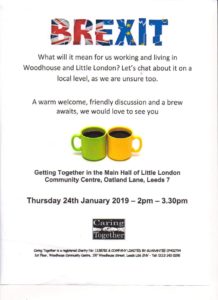 Patrick from Abbey House Museum will be visiting:

the Wednesday Group on the 23rd January

To talk about Abbey House, its history and artifacts.

The core of Abbey House was originally the inner gatehouse of Kirkstall Abbey, founded in 1152. When Henry VIII dissolved the monasteries the gatehouse was blocked at either end and became a house.

Since then the house has been a farmhouse and also the home of the Butler family, the owners of Kirkstall Forge. In 1926 Leeds City Council bought Abbey House.

In 1996 a bid was developed for the complete renovation of the buildings and the collections and submitted to the Heritage Lottery Fund.

Following the two-year £1.5 million refurbishment the museum re-opened in 2001 with twelve new shops and houses to visit. 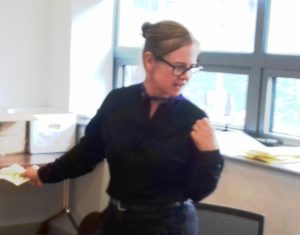 Our local PCSO (Police Community Support Officer), San Pemberton, will be visiting the Tuesday Group on the 29th January and the Wednesday Group on the 30th January. There will be opportunities for those attending to speak with Sam on a one-to-one basis if needed. 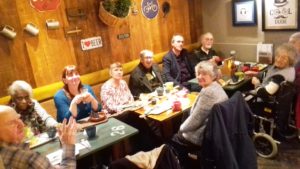 Staff and members visited the Hyde Park Pub yesterday for the first of our new Lunchtime Meet -Ups. These will take place on a monthly basis. It was a nice informal gathering which people said they enjoyed. If anyone is interested in attending the next meet-up contact the office on 2430298 for details of times, venue and date.