In between washing my hands, I thought I would take up my friend’s offer of doing a jigsaw. I used to enjoy them so I thought why not. Two to three hours would pass at a time and every time I walked past it I would do another bit. Yet as the weeks passed my enthusiasm for the same dwindled. It has been the hardest jigsaw I have done and so frustrating. I nearly gave in but I would not be beaten. And given that there were 20 pieces missing I thought I was, but no, as you see from the picture below my ingenuity paid off and 980 pieces later it was complete. Thanks of course to 20 similar looking pieces from another jigsaw strategically placed to fill in the gaps. Result!

I think the image inspired me to continue as it brought to mind days of when things were less fraught.

Tale of lock down woes by Myrna, Caring Together member 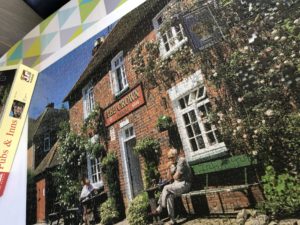 Dear all, see below update from Sam
.
“Reports have been made in the area regarding individuals knocking on doors, asking for money or saying they are from some government body offering tests or advice. If you are not expecting anyone, please do not open your door to anyone that you don’t know. It’s also a good idea to keep your doors locked, even when you are home as it only takes a few seconds for a thief to get in and out with your belongings”
.
Best wishes to you and you families. Stay safe.

To report a crime, please ring 101. Always dial 999 in an emergency

“The UK began lockdown on 23rd March 2020.  At the time of writing we have been under lockdown conditions for five weeks.  Some of us hate the isolation of not seeing loved ones or going for a walk to the shops or just the damn boredom of it all coupled with a fear of catching this dreaded disease which is dominating the world at this time.

On the other hand, some of us are loving the opportunity to do and learn new things.  We can go on virtual excursions to museums and art galleries all over the world that we would never have the opportunity to do in real life.  Andrea Bocelli giving free concerts and Andrew Lloyd Webber giving performances of his musicals ‘live’ on the internet.  Whether you love them or hate them they are there, free, for the taking so long as you are on line.

Many of us alive today have heard our parents or grandparents telling us how they fought a war to give us our freedom and expected us to be proud of the sacrifices made – AND SO WE SHOULD.  We should also be rightly proud of Captain Tom Moore, the war veteran and his achievements of recent weeks, walking to raise millions for the NHS and being the oldest person ever to reach No 1 in the singles charts.  (A virtual clap would be appropriate at this juncture). *note: tonight’s national ‘Clap for Our Careers’ is taking place this evening at 8pm – the event now plays tribute to all key workers*

Many people around the world, not just in the UK, are living in fear of catching Covid 19, others have had it and survived and sadly many people have lost loved ones to it. Keep up with the social distancing, the hand washing and staying home.

Take care and best wishes to all Caring Together members”

Thank you Lesley, wishing you well too

This weeks performance from the National Theatre is Frankenstein

This week you are able to choose between 2 versions of this play
You can watch both versions of Frankenstein on the National Theatre’s YouTube channel:

Benedict Cumberbatch performing as the creature from 30 April at 7pm, to 7 May at 7pm.
https://youtu.be/tl8jxNrtceQ

Jonny Lee Miller performing as the creature from 1 May at 7pm, to 8 May at 7pm.
https://youtu.be/dI88grIRAnY

Of course, it would be better if I turned my talents towards sewing morale-boosting  facemasks or shouting upwards at lonely old people living in tower blocks, but I think that sort of thing is best left to people who generally do more good than harm.

So I decided to join with my partner Lynne, in reading aloud every line of what many agree is the greatest work of English literature, Hamlet. This isn’t easy because we’re doing it in the garden and our only copy of the text is included in a lavish complete Shakespeare edition 2,483 pages long and quite challenging to lift.

Our garden furniture limitations mean we can’t both rest the book on the same table and we have to pass it over every time a new speech begins, and since there are many short speeches in Hamlet (‘Alas, poor ghost!’ being one of my favourites), there is a lot of time spent rapidly passing the big book to and fro, as if the two of us were laying bricks.

Another problem is that I’ve never been any good at reading aloud, possibly because in childhood I mumbled and mispronounced words so that teachers wouldn’t select me to read to the rest of the class – although, come to think of it, I’ve kept mumbling and mispronouncing ever since, even when there are no teachers in sight.

Which you can’t really get away with when, out of misplaced vanity, you’ve insisted on reading the part of Hamlet just because you think you’d be rather good at the ‘To be, or not to be…’ speech.

I didn’t realise that Hamlet contained quite so many other speeches, nor that they all have to be declaimed fluently and with great confidence because you have to maintain the dramatic flow, even if you don’t immediately understand what’s happened to make all the characters so very upset and talkative.

For example, Hamlet says to an old school friend: ‘I am but mad north-north-west: when the wind is southerly I know a hawk from a handsaw.’

If you worried too much about wind directions or the precise differences between hawks and handsaws, this would leave you floored; read fast and without footnotes and you the get drift, which I think has something to do with Hamlet’s reactive moodiness and elective lunacy, although things might become clearer when we get past Act 3.

Which might not happen soon because the weather’s just taken a turn and I don’t think we could recreate the full Shakespearian experience if we were forced to leave the garden and go back into full indoor lock down.

Shakespeare is ideally performed outdoors, firstly because, being the playwright of the world, he needs wide horizons and secondly because you can’t trust English weather. When rain and moody skies threaten to overcome our best dramatic endeavours, it’s wise, think Lynne and I, to get things over quickly and clearly, with less anguish and more plot development.

Or, as the original drama king, Macbeth, put it: ‘If it were done when ’tis done, then ’twere well it were done quickly’… like, before the end of the lock down would be nice.

Thank you once again Oliver for sharing your time with us, and to Lynne. Take care

‘Monday Mind Workout’ answers – how did you do?

2   Which actress Keaton starred in “Father of the Bride II”? Diane Keaton

3  Which silent movie star was played by Robert Downey Jr in 1992? Charlie Chaplin

4  Which Welsh actor starred with Jodie Foster in “The Silence of the Lambs”? Anthony Hopkins

6  Which actor Sylvester has the nickname Sly? Sylvester Stallone

8  What is the first name of “Pulp Fiction” director Tarantino? Quentin Jerome

9.Which western actor won his only Oscar for ‘True Grit? John Wayne

10 Which Nick co-starred with Barbra Streisand in “The Prince of Tides”? Nick Nolte

11 What is the first name of actress Sarandon? Susan

13.Who did Clark Gable star opposite in his last film role “The Misfits”? Marilyn Monroe

15.Which Doctor did Omar Sharif play in the film set in the USSR? Dr Yuri Zhivago

If anyone wishes a have a go at setting some questions please let me know. Email: lisa@caringtogether.org.uk 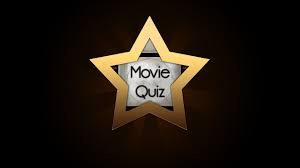 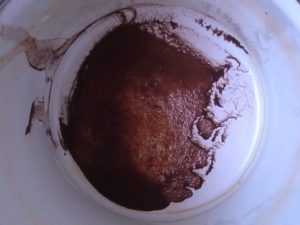 From one of our allotmenteers

As you ordered I got some seed potatoes planted yesterday…pink fir apple’s no less.. I was also up on the old tin shed scratting away at some rust then applying some red oxide paint i’d found down my cellar…the picture is a Paleolithic depiction of a charging bison that I found in the bottom of my mug of coffee..maybe I could send it into Grayson Perry…a tv show tonight asking viewers to send in animal pictures..bye fer now..ben 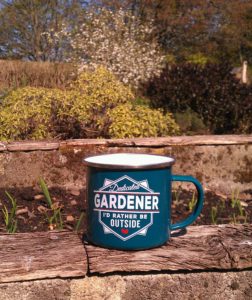 Meant to post this last week. Look out for some more posts about the mysterious world of the allotment gardeners!

This is the life ..taking it easy …drinking coffee whilst watching other plotholders beavering away…cheers..ben