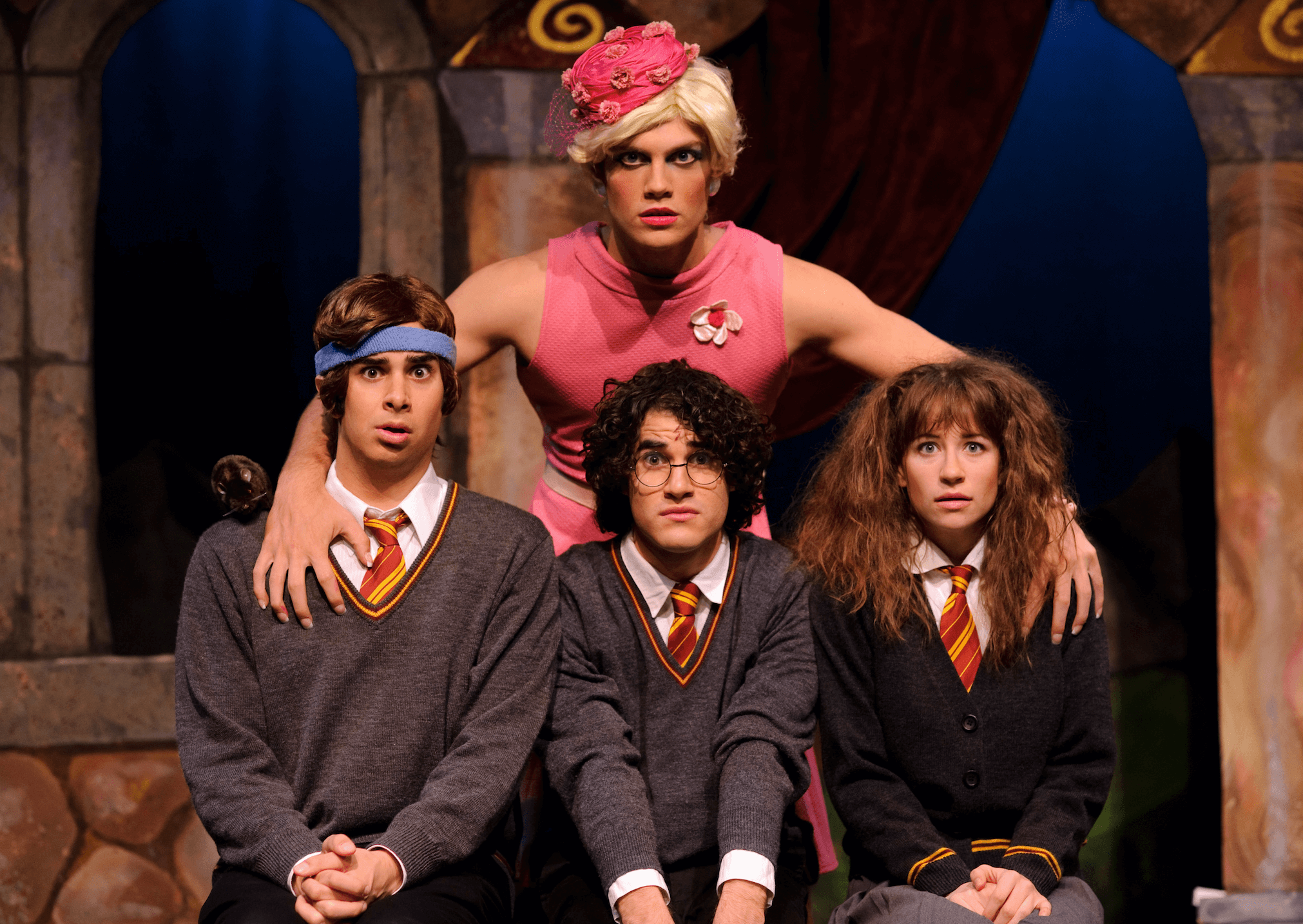 Get ready for a musical adventure as Harry and his pals go back to school for another year of learning shenanigans! Only this year their wizarding world gets turned on its head when the Dark Lord comes back from the dead to take his revenge on The Boy Who Lived.

Take a ride on Voldemort’s flying machine and get ready to go back to Hogwarts!

“A Very Potter Musical” is an unofficial, fan-made, parody show – enjoyed by over 16 million viewers. Available to stream until further notice https://www.youtube.com/watch?v=wmwM_AKeMCk&list=PLC76BE906C9D83A3A

County Cricket returns tomorrow, Sat 1st Aug, but it will be without fans after the government decided it was too risky to go ahead with a pilot plan to allow a small number of fans to attend.  It is hoped that the pilot might be able to go ahead after August 15th.

The Local Government Association has reported that some councils have witnessed a 40% growth in reported scams since the start of COVID-19. Meanwhile, banks are warning that scammers are preying on people’s financial concerns and have named 10 COVID-19 scams you should be wary of. Please stay alert and report anything you believe is suspicious.

Last night the government annouced new rules for parts of the country with high infection rates, effective from today.  This is NOT directly applicable to Leeds, but does include Bradford, Kirklees and Calderdale, so anyone who has friends or family in that area needs to be aware of them.

From today, the rules for the affected areas mean that people from two households are not allowed to meet indoors or in a private garden, unless they are part of a support bubble.  So, you should not visit anyone in this area and they should not travel out of the area to visit you at home.

More details about all the rules and also the full list of affected areas is here:  https://www.gov.uk/guidance/north-west-of-england-local-restrictions-what-you-can-and-cannot-do.

Please be reassured that Leeds still has a fairly low infection rate so there doesn’t seem to be any immediate prospect of a similar lockdown in the city and these measures will hopefully stop the spread in those areas with higher rates.

You’re invited to a 60-minute special, featuring some of the best live show moments of ‘La Nou’a, ‘Varekai and Quidam! Rediscover these fan-favorite shows and enjoy mind-blowing acrobatics from the comfort of your home! For the whole family to enjoy!

Day 101 – Well there’s nothing like a thunderstorm with torrential rain to test whether your gutters need clearing! I’ve always been wary of thunder and lightning, particularly the latter. My dear Mum brought me up to fear it with “don’t put your umbrella up – not with that spike on it” and “don’t go near the window with knives and forks” (maybe she thought that’s how ‘fork’ lightning got its name.) I would have been about eight or nine years old when, coming home from School, there were rumbles of thunder. As I waited to cross Cardigan Road, looking up towards ‘Harry Hudson’s’ Butchers lightning suddenly flashed across the sky above the ‘Co-op’.  I was terrified and raced to the safety of home.

In the early 1950s we were on  a family day out to Saltburn in our little ‘Austin 7’ car. The Reg. No. was UG 8333 – like the Co-op Divi – I’ve never forgotten the number. Parked on a slipway to the beach, there was a terrific thunderstorm, with Mum convinced we were doomed. The only damage was the torrential rain leaking through the roof, so holding picnic cups aloft to catch the rain and throwing it out of the windows, we were relatively dry for the journey home. I’m surprised we had so many caravan holidays in the 50s with the fear that we could be struck by lightning after hot days (holiday weather was always sunny and hot, particularly at Reighton Gap) and Mum reminding us that our holiday home “is only a tin box after all”.

Fast forward half a dozen years and Mum and I were on our own at home – Dad visiting Grandma – when a terrific storm broke! Mum opened the back and front doors and we sat on the Hall floor. If there was to be a lightning bolt, it could escape via the open doors. I think the reason for us sitting in the Hall was in the event the lightning came down the chimney, we’d be away from it. We had no telephone of course then – in fact we didn’t have one until thirty years later – otherwise we’d have been ringing my sister to check she was safe. I do remember she was out anyway with her Jazz pianist husband who had a Gig at ‘The Windmill’ Club on North Street;  the exterior being black and white with  coloured bulbs along the windmill sails.

Thunder – and snow – could always be accurately forecast by Mum in the suffering of “one of her heads” so with the current storms she would have known in advance whether there was “thunder about”. No matter that Paul Hudson, Darren Bett or Tomasz (he, badly in need of a haircut) say – “some of us may miss them” – Mum would have predicted the locality and time with her headache!

Stormy indeed Maureen, until next time… 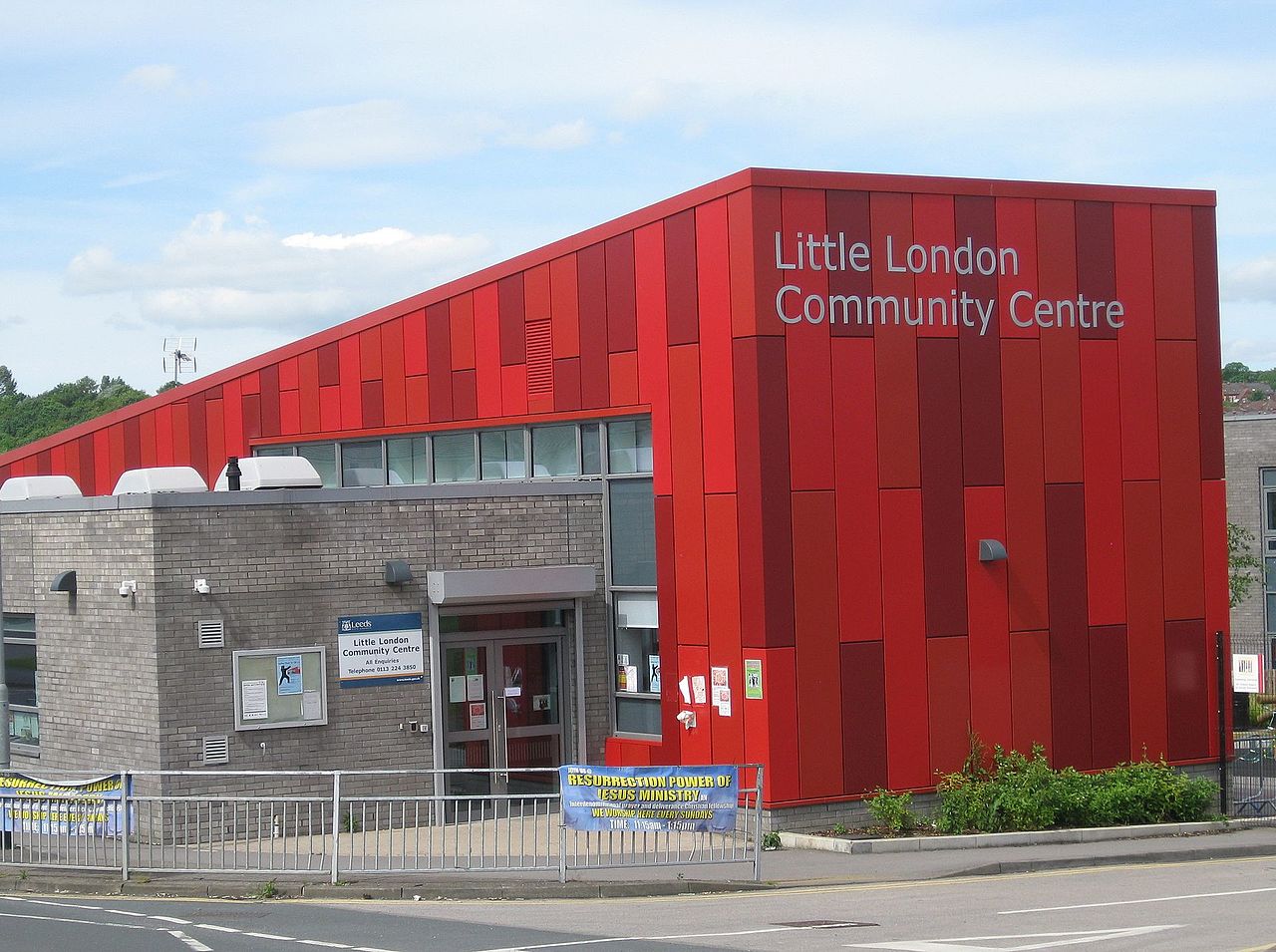 Leeds City Council is warning local residents not to lose their voice on decisions that affect them by making sure their electoral registration details are up to date.

Households across the city will be receiving their annual canvas letter and are being urged to check the details are correct.

The annual canvass ensures that the council can keep the electoral register up to date, identifying any residents who are not registered so that they can be encouraged to do so.

Letters are being sent to around 350,000 households in Leeds, with 78,000 of these definitely requiring a response which will be clearly stated.

People who have moved to the city recently are particularly encouraged to look out for the letter and check the details are correct.

If residents need to make a change to their information, they can do this easily online at www.householdresponse.com/leeds. Residents will need to enter a two part security code which they will find on the communication they have been sent. Households without internet access can do this by calling 0113 222 4411.

If you are not currently registered to vote, your name will not appear on the letter. If you want to register, the easiest way to do so is online at www.gov.uk/register-to-vote. Those without internet access can do so by calling 0113 222 4411.

With local elections and the Combined Authority mayoral elections taking place in Leeds in May 2021, this is an important opportunity for residents to make sure they can take part and have their say on the decisions that affect them.

“It’s important that residents keep an eye out for a letter from the council over the coming weeks so we can make sure we have the right details on the electoral register for every address in the city. This is an important process in making sure that as many people as possible have the right to vote on decisions that affect them.

“This year’s canvass, which we have to carry out by law, is taking place during a challenging public health situation. We are working hard to ensure that we take into account public health guidelines, including the continued importance of social distancing.

“Making sure you provide the necessary information to us when it is needed will ensure the process runs smoothly and will help avoid the need for home visits from canvassers.

“I would encourage any households which are required to respond to do so by 14 August 2020 to avoid a reminder being sent to them.”

For helpful information about registering to vote, visit https://www.electoralcommission.org.uk/i-am-a/voter.

Any residents who have any questions can contact electoral services by calling 0113 222 4411 or emailing electors@leeds.gov.uk.

Dear all,
Autobiography in 5 small chapters by Portia Nelson

Chapter I
I walk down the street.
There is a deep hole in the sidewalk.
I fall in.
I am lost … I am helpless.
It isn’t my fault.
It takes me forever to find a way out.

Chapter II
I walk down the same street.
There is a deep hole in the sidewalk.
I pretend I don’t see it.
I fall in again.
I can’t believe I am in the same place.
But it isn’t my fault.
It still takes a long time to get out.

Chapter III
I walk down the same street.
There is a deep hole in the sidewalk.
I see it is there.
I still fall in … it’s a habit.
My eyes are open.
I know where I am.
It is my fault.
I get out immediately.

Chapter IV
I walk down the same street.
There is a deep hole in the sidewalk.
I walk around it.

I walk down another street.
.

My partner Lynne and I have spent much of our semi-lockdown time doing crosswords, which daily end up in the bin. If we did tapestry or origami, we would at least have something to show to people, even if people didn’t want to be shown it.

Ah, people say, but at least you’re keeping your mind active, as if crosswords were the equivalent of visits to the gym, which they are not because if they were, we would be both be leaping around like Fatima Whitbread.

I’m not sure that crosswords are even very useful as mental exercise. Many very good minds have been destroyed by dementia and it seems rather cruel to suggest it’s partly the victims’ fault; that spending more time on crosswords or sudoku would have averted the tragedy.

But that’s not the real purpose of crosswords anyway. They are, like jigsaws or taking a nap, a way of putting the demands of the world to one side for a while – actually quite a long while in lockdown conditions.

Crossword puzzlers have nothing to worry about except a small grid and 26 letters. It’s a bit like a mindfulness exercise, but without the therapeutic pretentions, and, unlike many leisure activities – sport, TV cookery, beard-growing  or discussing your children, for example –  it’s thoroughly non-competitive.

During my decades working for the Yorkshire Post Newspapers, many of my colleagues spent much of their time between their paid duties trying to complete the Guardian cryptic crossword, which, in the nature of daily journalism, was easier on some days than others and had to be abandoned completely during the Twin Towers attack.

At the end of the working day, if we had the time, we might discuss our efforts to complete the crossword, although there were no prizes, just the mutual satisfaction we took in a good clue meeting a good solution – for example, a recent Guardian clue was ‘Very much affected, as are one’s neighbours (6,7)’, and the answer was, ‘Beside oneself’, which, unless you’re brighter than me, only becomes obvious when you know it.

Crossword-doers seldom join clubs but they are united by some unwritten rules. They know, for example, that the word ‘flowers’ can refer either to blooms, like roses, or to things that flow, like the River Euphrates (or the River Superheat, as it’s known to people who can’t resist anagrams).

And, outside the rather small world of ecclesiastical architecture, it’s mostly crossword fillers-in who know the word ‘raredos’, meaning a sort of ornamental altar screen. Crossword compilers use it a lot, although, despite spending most of my life trying to get inside their brains, I still have no idea why.

Wonderful Oliver, thank you once again, until next time…..