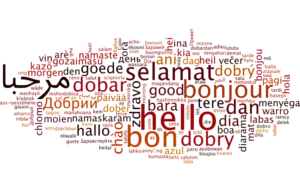 Please see below, links to COVID-19 leaflets available in different languages.
The council wants to keep everyone informed and as safe as possible and have produced a leaflet which emphasises the stay at home message and provides important information about where to get help.  This leaflet is now being delivered to every household in the City.  The leaflet has been translated into the main community languages which are currently used in the City.  The translated leaflets are attached:
https://www.dropbox.com/sh/msnn5wl9dahjhhx/AABuiUqISSZni-8wgafPcb3Ca?dl=0
The audio version of the leaflet has been published on the council’s You Tube page not the website.
Here is the link to it https://youtu.be/JB1KS6kHGcA

Dear all, please below a message from Sam,

See attached picture as a little reminder of what I look like to those who know me, and an introduction to those who don’t.

I’m Sam Pemberton (or PCSO Sam to Lisa) and have worked in Little London and Woodhouse for the past 11 years. I’m still looking forward to a time when we can catch up in person at the groups or events at Caring Together, but until then, stay safe and wash your hands! 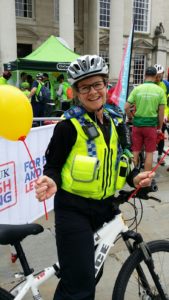 And if you manage to get to your front door or garden gate to clap with the rest of the country at 8pm tonight, why not wave to that neighbour you’ve never quite got around to chatting with. Most people are in the same situation as you and will also be feeling isolated, that wave might make all the difference to their day.

And remember, every day may not be good, but there’s something good in every day.

This week’s offering from National Theatre at home will be Twelth Night, starting from 7pm tomorrow – Thursday April 23rd (and coinciding with William Shakespeare’s 456th birthday). It will then be available for 7 days.

Or go directly to the you tube channel:   https://www.youtube.com/watch?v=QwNvC8sFTEU

How did you do?

See the answers below:

Take care from all at Caring Together

More from Oliver
AS WELL as all the victims of death, disease and economic collapse, we should (lowering my voice so as to sound more reverential) spare a thought in these difficult times for sports journalists.

Well actually, just about everybody, but the lockdown has given many of us time to empathise with those overlooked, unemployed  or under-employed  workers who, without being regarded as ‘key’, still do worthwhile jobs and  are essential to hopes of  ever getting back to normal – dog groomers, club  bouncers, church organists, window-dressers, children’s entertainers and sports journalists, for example.

Sports reporters, even in protected staff posts, now face particular difficulties during what should be their prime time – the  Easter weekend.

They have been landed with the embarrassing task of having to create articles based on little more than speculation, stirred-up controversy and trips to the archives. They must long for the days when, in football or rugby at least, nothing much mattered except happenings on the pitch, managers getting sacked and scorelines.

Not that I’m a sports fan; I just like talking to people who are. They seem in to have a more engaged and balanced view of life than, say, vicars or events organisers. In all my years working for newspapers, I don’t recall ever having arguments with my colleagues in sports department.

I’m sure I sometimes exasperated them because I know very little about English footballers who peaked after 1966 or the off-side rule, but they were generally forgiving, as if doing a job that suited them had given them a kind of inner calm rare in newspaper offices.

My school sports experience was traumatic because, being dyspraxic, meaning physically awkward to a diagnosable extent, I couldn’t throw, kick, catch, jump, run or even change into my games kit with any degree of success. I tried and tried but got nowhere and eventually the whole school, especially the PE  teachers, concluded that my uselessness was the result of a kind of sullen perversity rather than the good, honest  uselessness it really was.

Then, when I moved to the sixth form, I finally met a sensible sports teacher.  He watched me in a session in which I was supposed to hone my football skills and took me aside afterwards to tell me, in the kindest possible way, that he thought it would be altogether better if he never saw me on a sports field again.

Instead, he said, I should spend Wednesday afternoons in the gym doing weight training or whatever I felt comfortable with, which turned to be a little weight training interspersed with reading, smoking and eating Mars bars.

It’s because of that teacher that I like sporty types, even though I can’t join them, and is why I feel that in these terrible times, overshadowed by death, the suspension of sports matches should still be a matter of regret.

By Oliver Cross, Caring Together member 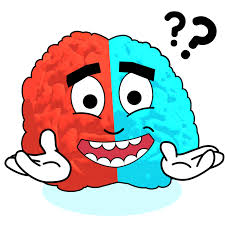 Please find below some questions to ponder whilst having a cuppa.

I will be hosting a weekly online ‘Monday Mind Workout’ from Monday 27th April@ 11am. If you wish to know more, or be added to the list then please email me: lisa@caringtogether.org.uk

1 What is the most common colour of toilet paper in France?

2 If you dug a hole through the centre of the earth starting from Wellington in New Zealand, which European country would you end up in?

3 Henry VIII introduced which tax in England in 1535?

4 What is the correct term for a question mark immediately followed by an exclamation mark?

5 The average person does what thirteen times a day?

6 Coprastastaphobia is the fear of what?

7 Who entered a contest to find his own look-alike and came 3rd?

8 In which country are there six villages called Silly, 12 called Billy, and two called Pratt?

9 Native to the Caribbean, what sort of animal is the mountain chicken?

10 What nickname was given to Rembrandt’s The Night Watch after being over-restored in the 1940s?

11 True or false: You can sneeze in your sleep

12 Which country has the most tornadoes by area?

13 What is Scooby Doo’s full name?

15 What is the cross between a donkey and a zebra known as?

Thanks to Edinburgh Evening News

A star-studded concert is taking place later to support frontline workers tackling the coronavirus outbreak.
The One World: Together At Home show will see more than 100 artists including the Rolling Stones and Billie Eilish play live from their homes.
Lady Gaga, who helped organise the concert, will also perform.
The eight-hour event run by the Global Citizen movement and the World Health Organization (WHO) is being live-streamed and broadcast on TV.
“We may be apart right now, but coming together has never been more important,” Global Citizen said in a statement.
The event will also be telling real-life stories of nurses and doctors fighting the coronavirus outbreak.
The show starts with a six-hour pre-concert at 7pm British Summer Time on Saturday, followed by the main two-hour TV broadcast at 1am on Sunday.
If you want to watch the live stream it will be available here
You Tube One World Live Stream
But if you don’t want to stay up till 1am for the main event, BBC One will screen highlights of the concert at 19:15-21:15 BST on Sunday. It will include extra performances from British artists like Little Mix, Sir Tom Jones and Rag ‘N’ Bone Man and additional footage will also be available on BBC iPlayer for 30 days.
(Source https://www.bbc.co.uk/news/entertainment-arts-52333890)

As the Government annouced we are in lockdown for a further 3 weeks life is changing for us all and that may make you feel anxious or worried.
Firstly, remember that it’s ok to feel that way and that you are not the only one. And, that this situation is temporary and it will pass.
There are things you can do to help your mental health and well-being and here are 10 tips from Mind Matters:
https://www.nhs.uk/oneyou/every-mind-matters/coronavirus-covid-19-anxiety-tips/?gclid=EAIaIQobChMIh_iY9ua66AIVRrDtCh2LnwgXEAAYASAAEgL9xPD_BwE

Leeds City Council and the NHS in Leeds are encouraging residents to seek medical care when needed. GP surgeries, pharmacies and A&E departments are still open and offering help.

You’ll be treated in a safe, low-risk environment. If you have symptoms of coronavirus and need to access emergency services, please tell the 999 operator and paramedics upon their arrival.

The way you access your local GP practice has changed—but it’s important that you still contact them about any health concerns.

If you’re unwell and it’s not an emergency, you should call your GP or use the NHS 111 online service to get help.

Andrew Lloyd Webber’s musical masterpiece ‘The Phantom of The Opera’
Starring Ramin Karimloo, Sierra Boggess and Hadley Fraser is showing tonight at 7pm. A full-length, smash-hit musical will be released once a week every Friday at 7pm for you to watch for free on YouTube! It will be available for 48 hours, so you can tune in whenever you like over the weekend!
***
https://youtu.be/nINQjT7Zr9w 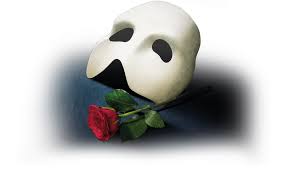