Leeds Armed Forces Day, Saturday 27th June. How you can get involved.

People of all ages across Leeds are encouraged to celebrate the courage, dedication and commitment of the British Armed Forces, as part of Leeds Armed Forces Day on 27 June.

Armed Forces Day is usually marked by hundreds of events across the UK, however due to Covid-19 these events have been cancelled so people are now being encouraged to celebrate from their own homes.

During this week we are honouring the role of the Royal Navy, Army, Royal Air Force, Reservists, veterans, cadets and the wider Armed Forces family in society and also thanking them for their support in helping with the ongoing Covid-19 effort.

Despite not being able to hold the flag raising ceremony this year the Armed Forces Day flag will still be flying from 20-27 June from the Civic Hall and Leeds Town Hall and we will still be lighting up our council buildings in red, white and blue during this week.

How will you be marking Armed Forces Day?

For resources and ideas on how to get involved, you can go to: https://www.armedforcesday.org.uk/get-involved/

We are also supporting the Salute Our Forces campaign. You can pay tribute to the British Armed Forces by posting a photo or video of yourself or your family, friends and colleagues saluting using the hashtag #SaluteOurForces #LeedsAFD20 and tagging @LeedsAFD and @ArmedForcesDay. For more information go to https://www.armedforcesday.org.uk/get-involved/saluteourforces/

Chapel FM will be doing a special show for Armed Forces day. This will include several veteran radio hosts introducing pre-recorded oral histories about life in the Armed Forces from people from a diverse range of ages, backgrounds and areas of service. Saturday 27th June 10am – 4pm. Tune in to the Armed Forces Day broadcast:

“I’m delighted and honoured to be hosting the city’s Armed Forces Day celebrations. Unfortunately we cannot hold the usual Flag Raising Ceremony or the parade this year but we can still come together at home to acknowledge and show our thanks for the Armed Forces.

“As a city, we are extremely proud of our long and distinguished military history and of our current Armed Forces personnel who work in various deployments at home and abroad – addressing emergencies, providing security and supporting numerous initiatives in dangerous situations, with great dedication and professionalism. I would like to thank them all and especially for their contribution with the ongoing pandemic”

“Leeds Armed Forces Day is a chance for us all to say a big thank you to our service men and women. I think everyone will want to join with me in thanking Armed Forces personnel for all the work they are doing currently to help during the current Covid-19 pandemic. I would like to offer a big thank you to everyone taking part and I will be saluting them all on Saturday. I hope you will join me.

“I hope you will tune in to Chapel FM – 94.6FM on Saturday 27th June from 10am – 4pm for a dedicated day of activities including pre-recorded interviews, phone in’s and dedications throughout the day.”

Leeds City Council is most grateful to the Ministry of Defence for their funding towards this event. 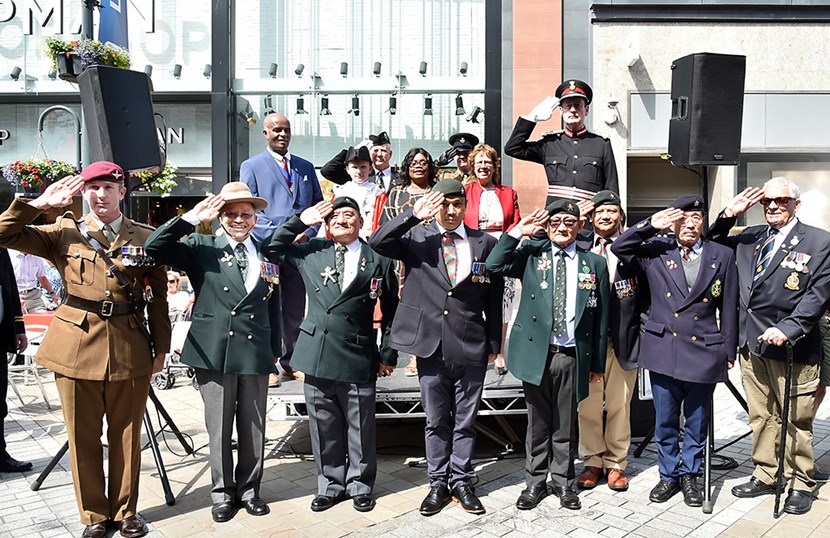