I’ve been thinking since I got locked down, that this would be a good time to try and improve myself; although really this should have occurred to me earlier because it’s far easier to improve yourself at seven or 17 than it is at 70.

Despite this, I’ve started an on-line drawing course in the hope that, if I work hard enough, I might eventually reach the competence level of a 17-year-old who had paid some attention to art lessons.

Which I can’t have done because I have no memory at all of being taught to draw anything recognisable, such as, say, a carrot, which, I’ve discovered, isn’t as easy as you’d think unless you’ve got a carrot-coloured crayon or are allowed to use labels.

My dream would be draw anything as solid and  real as some examples of ancient cave art dating from 40,000 or more years ago and done without any help from the Lakeland pencil company or adult education classes.

Their trick was, in half-light and with improvised materials , they could portray a whole herd of prey animals in flight, as if caught for an instant by the BBC’s wildlife unit, or giant bisons looking so thoroughly solid that the tribe’s butchers would know immediately where to start taking slices out of them.

I know that, because of my hopelessness in turning the world into pictures, which, at the least, is what art is, I would have let the pre-historic world down badly if I had been let loose on a cave-painting wall.

My theory, which has the great advantage of being disprovable, is that the best cave art was not done by your average, run-of-the-mill  cave people but by a small class of rarely talented and practised illustrators.

It seems plausible that early people, having mastered hunting and  gathering, would have moved on fairly quickly to trying to relay their most exciting experiences, such as deer hunting, by any means available, including converting the cave walls they were forced to stare at for long periods into living canvasses or virtual movies.

That’s why humans, from toddlers to pensioners, can’t help trying to leave their mark on the world, even when education ministers tell them they would be better off getting proper jobs.

It’s also why any blank wall in any inner-city area is soon covered in inept daubings by people who have had all the advantages of a modern education combined with a desperate need to express themselves, but have failed to progress even to the caveman stage.

And to return to the question, why do I want to be able to draw? Well, because wouldn’t anybody like to be able to draw? It should be a primeval skill we’re all heir to, so that, given a bit of a steer by skilled tutors, we should all, armed with only a pencil and paper, be able record what we see in a way which has been compulsively attractive since the dawn of humanity.

Wonderful Oliver, I do hope you continue to enjoy your art, until next time….

Possible all along is an exhibition of work by 13 disabled artists in Leeds, launched in 2020. It is a place to show that disabled artists are an essential part of the cultural landscape of our city.

While this year has been particularly hard on disabled people, the exhibition welcomes the positives of more online arts activities.

It looks forward to the possibility of the arts in Leeds being more accessible and inclusive in future.

The exhibition can be seen here https://possibleallalong.co.uk/

Image shown: The Climb by alabamathirteen

The draft plans for the for the future of transport in Leeds are now available for you to read and a new consultation is being lauched for residents to ask questions and give their views.  The more people who get involved,  the better the needs of the whole Leeds community will be reflected. 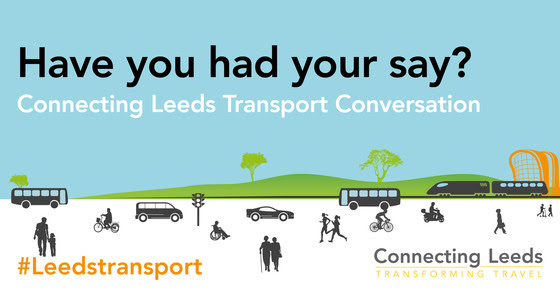 The council’s transport plans aim to tackle the climate emergency, deliver inclusive growth, and improve the health and well-being of Leeds residents.

The six ‘big moves’ outlined act as an action plan to create a people-first, affordable and integrated transport network across the city, that isn’t reliant upon the private car.

The integration of more walking and cycling into our daily travel habits alongside the enhancement of public transport will help to reduce congestion, continue to improve air quality and lessen the impact on the environment when accessing education, employment, leisure and local services.

Our plans are for everyone to enjoy healthy, affordable and access low carbon travel choices. It sets out a vision for Leeds and the big moves we need to take to get us there.

Find out more and complete the consultation

To enable everyone to participate and to help shape the transport strategy, city-wide consultations are running from now until 26 March 2021. Follow the discussion on Twitter and Facebook using #Leedstransport.

There will also be a series of webinars planned where you can hear more about it, the first one is on Monday February 1st at 3pm and you can see more details and book a place here: Eventbrite/connecting Leeds

Today, Wednesday 27th January 2021, is Holocaust Memorial Day. It is the international day of remembrance of six million Jewish men, women and children murdered in the Holocaust, and millions more people killed under German Nazi persecution, and in subsequent genocides in Cambodia, Rwanda, Bosnia and Darfu.

The theme for the 2021 event is ‘be the light in the darkness’. Click on the link below to register for the Holocaust Memorial event that will be streamed live at 7pm tonight.

At 8pm, households across the UK will be lighting candles and safely putting them in their windows to remember those who were murdered for who they were and to stand against prejudice and hatred today (if you are able to do so safely).

WE REMEMBER THEM – BY SYLVAN KAMENS AND RABBI JACK RIEMER.

You can also watch another event hosted virtually at Leeds Town Hall on the link below which is available until midnight tonight.
https://www.leedstownhall.co.uk/…/holocaust-memorial-d…/7449

ps. If it asks you to sign into Youtube, just click on ‘no thanks’ and then click on ‘I agree’, you may also have to watch the start of an advert first, you can skip ad once it shows bottom right. 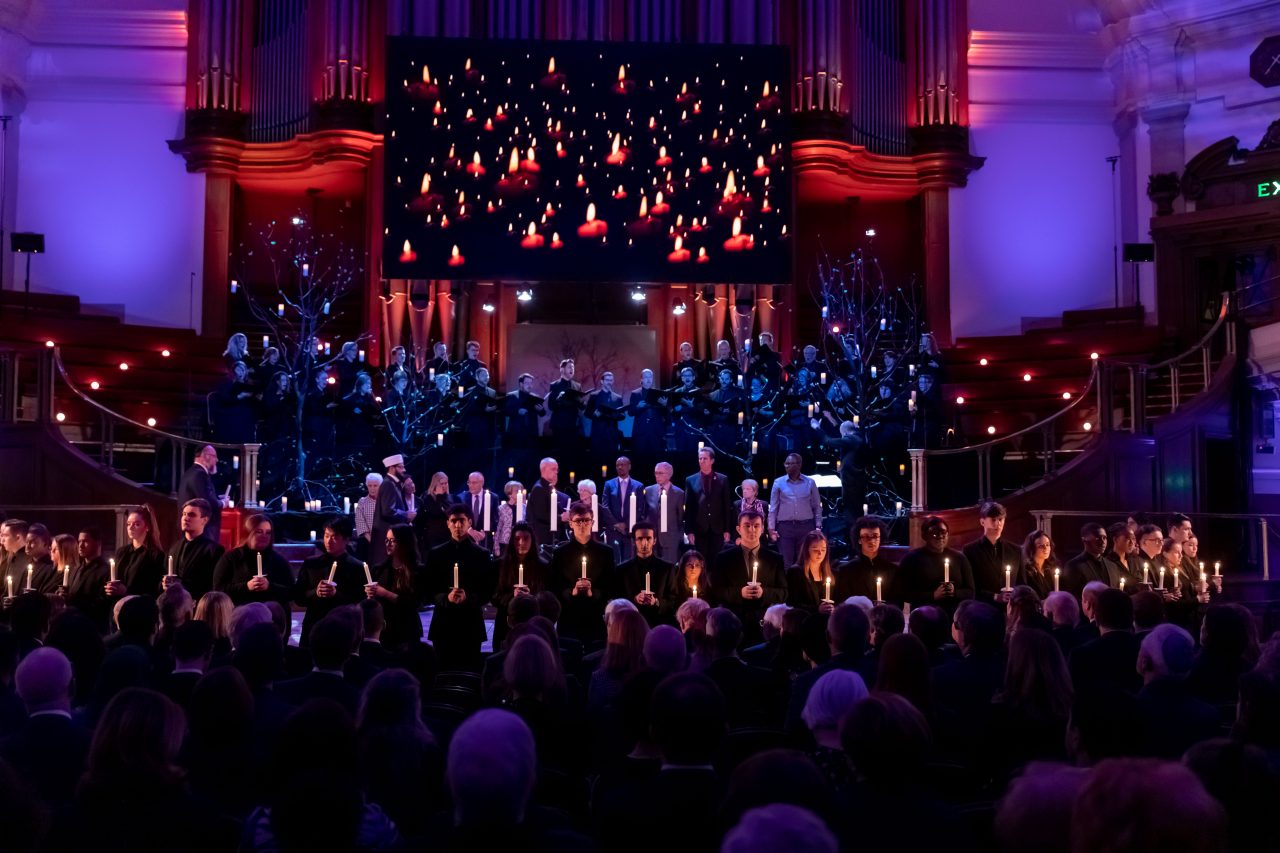 Answers for yesterday’s Monday Mind Workout, how did you do?

Part of the Footsteps Festival 2021, Step Into Singing is a series of online singing workshops designed especially for people living with persistent pain.

All sessions will take place online via Zoom and the link to join will be sent to all participants in advance. Sessions are held fortnightly on Tuesdays at 12pm, lasting approximately 1 hour and include a break and plenty of opportunities for pacing as required.

You can join Step Into Singing at any point in the block and it doesn’t matter if you can’t attend all the sessions.

Developed in consultation with people with lived experience of persistent pain and specialist clinicians, Step Into Singing sessions intend to help you live well despite pain and discover the fun and freedom that singing can bring.  You’ll learn breathing techniques, mindfulness, vocal exercises and songs from a wide range of genres – all carefully crafted to support wellbeing and give you a healthy dose of joy!

Led by opera singer, Marie Claire Breen, Step Into Singing will be a warm and welcoming place for everyone, whether you already love to sing or never utter a note. Taking place in the comfort and privacy of your own home, all you need to join is an online device (smartphone, tablet, laptop or desktop computer) and the willingness to give it a go. You might be surprised by what you can achieve under Marie Claire’s expert, friendly guidance.

If you fancy joining in an online celebration of Burn’s night, the Big Burns Supper will be streamed live tonight from Dumfries at 7pm.

Scotland’s largest contemporary Burns celebration joins forces with Scotland’s much loved comic hero of 2020, Janey Godley as Big Burns Supper goes digital for 2021. Marking the festival’s 10th anniversary, Janey Godley’s Big Burns Supper dishes up a very special broadcast connecting Scotland to the world with contributions from local, national and international artists to help celebrate Burns Night in a way that helps give everyone a much-needed lift and a laugh.

Broadcast free of charge across Big Burns Supper’s Facebook and YouTube channels, the special 75-minute digital broadcast on January 25th 2021 sees Janey (in her own very special style obviously) welcome back a cracking selection of artists including – KT Tunstall, Dougie Maclean, Donovan, Tide Lines and Skerryvore who have performed at the festival over the last ten years. As staying in is the new eh, going out, Janey will host from her own living room as she prepares a Burns Supper while introducing guests and festival friends throughout the evening.

LOTS OF ANIMALS HAVE A STRANGE NAME FOR THEIR COLLECTIONS

Lesley has got another 15 for you in late February, thank you Lesley.

The Living Knowledge Network starts it’s 2021 live events with an illuminating conversation with Eva Schloss, Holocaust survivor and stepsister to Anne Frank in the lead up to Holocaust Memorial Day which is on 27th January 2021.

The theme for Holocaust Memorial Day 2021 is ‘Be the light in the darkness’. One of the brightest lights of resistance against prejudice is Eva Schloss, Holocaust survivor and life-long anti-prejudice activist. 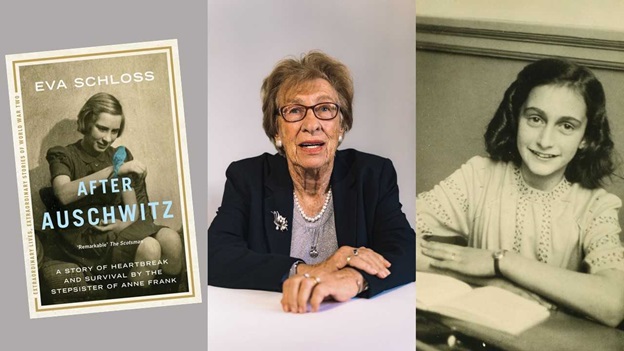 The Living Knowledge Network is a UK-wide partnership of national and public libraries created by the British Library to exchange knowledge and develop memorable experiences for public library users. We celebrate libraries as spaces of vital cultural significance. We livestream cultural events into libraries across the UK, so you can get a front-row seat for free no matter where you live.

You can also watch some of the previous events here  https://living-knowledge-network.co.uk/library

To watch the show, and for more information, please visit www.yourplacecomedy.co.uk

Three time Edinburgh Comedy Award Best Show nominee and radio and TV regular, Josie Long, joins star of Live At The Apollo, Have I Got News For You and The Mash Report, Ahir Shah, for the first in a new series of FREE Your Place Comedy live streamed shows.

Hosted by Tim FitzHigham (writer and star of Radio 4’s The Gambler, presenter of CBBC’s Super Human Challenge and Edinburgh Comedy Award Best Newcomer nominee), Your Place Comedy presents warm, intimate and unique live streamed shows mixing chat and stand-up. The project has been put together by a group of 12 small, independent theatres and arts centres from across Yorkshire and the Humber, supporting performers and continuing to bring live entertainment to their audiences during some challenging times.

The event is FREE to watch but there will be an option to donate if you have enjoyed the broadcast, with all money raised being distributed equally among the participating venues as they continue to face significant difficulties presenting live events.