This will be the 3rd festival delivered by a partnership of 10 Leeds-based creative arts and literature-based organisations committed to celebrating and championing literature and writing in Leeds.  Celebrating the vibrant and thriving literature scene that exists in Leeds with local writers and performers showcasing their talents along with an exciting programme of author talks, workshops, panels, poetry, performances, spoken word events and Leeds Lit Fest’s first ever quiz night!
This year the festival will take place online and almost all the events are free/pay as you feel (you do need to book in advance to be sent the joining instructions)
26 events featuring more than 50 writers and performers including international best-selling crime fiction writer Peter James, award winning journalist Saima Mir and the UK’s leading spoken word record label Nymphs & Thugs to name a few. There’s also something for children including a big wiggly book gobbling adventure with Harry Heape and a draw along session with children’s book illustrator Liz Million.  The full programme can be seen here
For further information on all the events and how to book:  http://orlo.uk/1yNyY

Get your comedy fix from the socially distanced comfort of your living room and support small, independent venues across the north of England. The second Your Place Comedy live streamed show of 2021 takes place on Sunday 28 February and features television regular Hal Cruttenden and star of Live At The Apollo, Mock The Week and 8 Out of 10 Cats, Rosie Jones. Hosted once again by resident compere Tim FitzHigham, the event will be free to watch on the Your Place Comedy website but there will be an option to donate if you have enjoyed the broadcast, with all money raised being distributed equally among the participating venues. May contain adult themes and language. 18+ 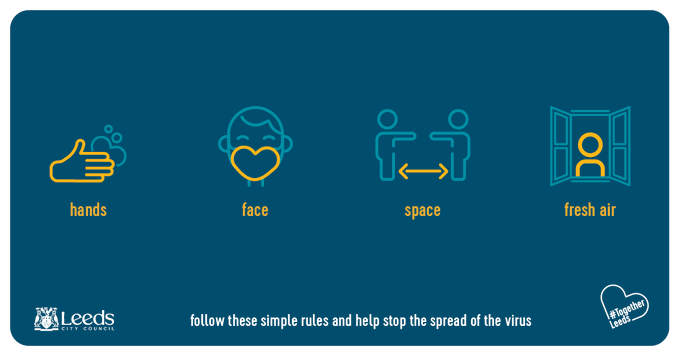 Dedication Friday: ‘Shang a Lang’ by the Bay City Rollers
Today’s dedication is a belated birthday shout out to Karen and is by Bay City Rollers …..doo wop be dooby do ay
Click on the link below
ps. If it asks you to sign into Youtube, just click on ‘no thanks’ and then click on ‘I agree’, you may also have to watch the start of an advert first, you can skip ad once it shows bottom right – enjoy!
https://www.youtube.com/watch?v=UbadKMWKz20

Lovely to see that work is starting on the 104 year old cinema to both preserve this piece of Leeds history and also to make it into a community space and accessible to all.
The Picture House say:
“After a difficult year of disruption and uncertainty, we’re delighted to announce that work on The Picture House Project is set to begin from this April, following a Capital Kickstart Fund award from
National Lottery Heritage Fund
Department for Digital, Culture, Media and Sport

As many of you know, work on the scheme had been due to start this time last year. Sadly though, covid-19 represented a huge challenge for the project and meant we had to hit pause last spring. But thanks to this new funding support – and an excellent team lead by Page\Park, Buro Happold, Gardiner & Theobald and Avison Young – we’ve been able to find a way through and proceed with the project as planned.
The events of the past 12 months have shown us that investing in our future has never been more essential than it is today. Not only will this project safeguard our incredible building and the important history within, but it’ll allow the cinema to reopen next year stronger, more resilient and able to support our wonderful community like never before.
We just can’t wait to get started and we look forward to sharing this exciting journey with you every step of the way.
For more about The Picture House Project, visit:
thepicturehouseproject.com”

A bit of excitement recently involved the sourcing of a new ironing board cover! Due to only essential shops being open and this clearly being an essential item, they have been somewhat conspicuous by their absence. The sizing often poses a problem as ironing boards these days seem to be much bigger – but not necessarily better – but if you own one dating back many years, as in my case, then the covers can be difficult to find. I do wish that measurements of the said covers were in inches! I dislike metric and still haven’t quite adapted. Whether the elasticated version or the basic tie-style, I have learnt not to be so choosy – “any Port in a storm” and all that. In the past I’ve converted a basic cover by threading the hem with tubular elastic and a safety pin – tailor made and an excellent fit. Finding narrow elastic at all over the last year has been difficult though, due to supplies have been snapped up for mask making.

The very word ‘elastic’ reminds me of a story my Mum told me about her first job in 1930. A drapery establishment on North Lane, Headingley where a very snooty Lady requested a yard of elastic, only to return the next day, extremely annoyed at the short piece in the paper bag. Yes, Mum had stretched the elastic to the required length which had then shrunk back – not fit for purpose! I eventually found the answer to my dreams, a new cover, on those magical middle aisles of Aldi and as I unwrapped and fitted it, to my delight – rather like Cinderella’s glass slipper – it fit! It now awaits my next ironing session. The anticipation is intense….!

Have you ever made a purchase which you wish you’d taken the plunge with much earlier? Well I have, with a new washing up bowl! My previous one was purchased at Aldi (yes I am a regular) and this item being from their Chapel Allerton store, I felt assured it would be a cut above. However when the novelty wore off, I began to curse its existence with some regularity. Too heavy, why did it need a deep rim to it and worst of all –  dinner plates would not lie flat. I’ve considered whether this was the way the process of washing up was heading, probably to entice one into buying a dishwasher. When it all came to a head, in seeking its replacement I was unprepared for a shortage! Did they appear on Christmas ‘wish lists’? Or are they stuck in Containers at Dover or Felixstowe Docks? Home Bargains saved the day with only two left, including a grey one to match my kitchen. It has no deep rim, making it easier to reach over to retrieve an errant spoon. The overall factor is that dinner plates now lie flat! I’ve now been examining the “seen better days” bread bin which has a couple of dents in it and as I don’t wish to visit a Panel Beater for repair, my searching may start all over again……

Tens of thousands of people in Leeds have been shielding during the pandemic, so it’s really important that health and care services know how to support them.

If you are one of them Healthwatch in Leeds are asking you to share your experience with them – let them know how it is going for you, and your hopes and worries for the future. 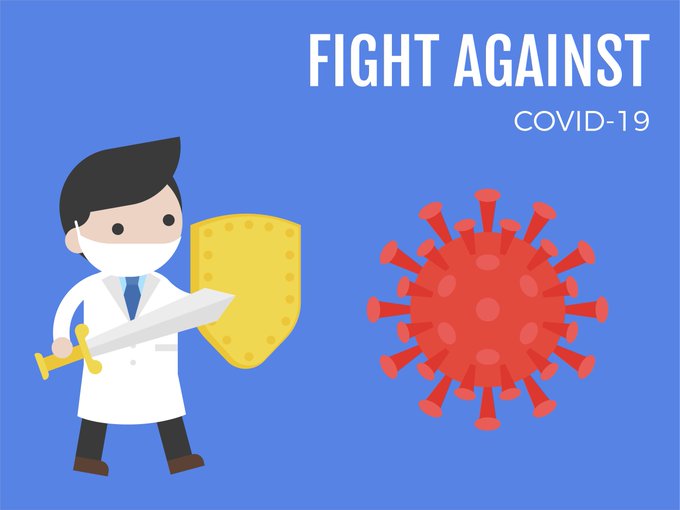 The below poem was sent by Pat Tempest. The poem is written by Amanda and was recited by herself at Joe Biden’s inauguration on 20th January 2021.
‘When day comes, we ask ourselves where can we find light in this never ending shade?
The loss we carry, a sea we must wade.
We’ve braved the belly of the beast.
We’ve learned that quiet isn’t always peace
and the norms and notions of what ‘just is’
isn’t always justice.
And yet the dawn is ours before we know it.
Somehow we’ve done it.
Somehow we’ve weathered and witnessed a nation
that isn’t broken, but simply unfinished.’
——————————————————————————-
Pat notes, “this applies to us as we struggle to stay sane in the lockdown. I like the idea of ‘not broken…just unfinished.’
Thank you Pat for sending this to share, take care. 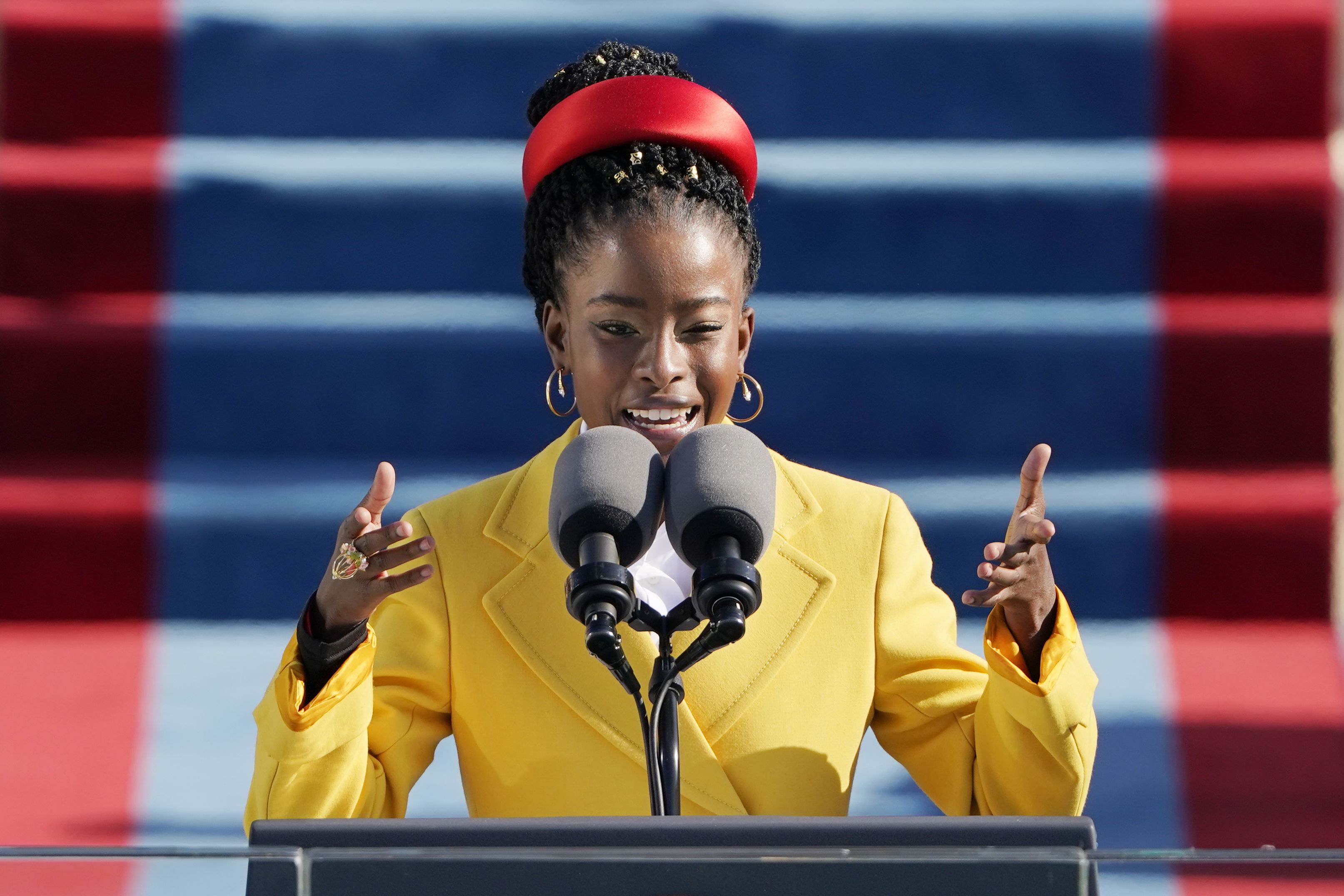 You can watch the full council debate on the 2021/22 budget on YouTube on Wednesday 24th February at 1pm, if you want to hear about the spending plans for the next year and how they are being decided.

There have been some tough financial decisions to be made as the council faced a huge deficit and there was a public consultation at the end of last year about what should be the priorities.  The budget then went to Executive Board before coming up for debate at full council tomorrow.  There is more background detail here: https://news.leeds.gov.uk/news/council-presents-balanced-budget-despite-facing-substantial-deficit 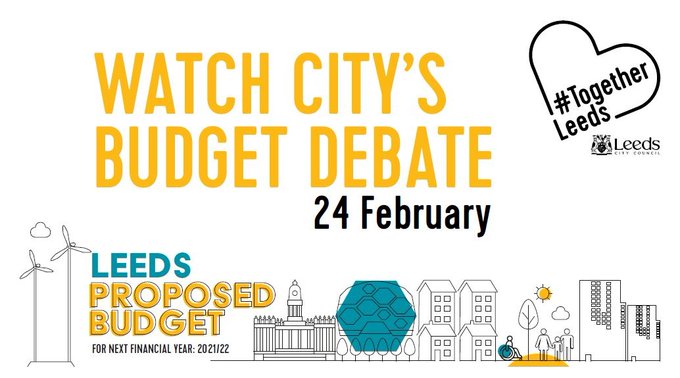 Pancake Day is also called Shrove Tuesday, but what does ‘shrove’ mean?
The correct answer is Absolution of sins
‘Shrove’ is the past form of the verb ‘shrive’ which means receiving absolution for one’s sins after confession and penance
Absolution of sins
2.
Why were pancakes traditionally eaten on Shrove Tuesday?
To use up eggs and fat before Lent begins
Long ago, Christians fasted for 40 days during Lent. Valuable foods like fat and eggs were eaten before then to stop them from being wasted
3.
Pancake Day is known as Mardi Gras in French. What does Mardi Gras translate into English as?
Fat Tuesday
Mardi Gras is traditionally marked by carnivals and parades
4.
The largest pancake ever made had a diameter of how many metres?
15 m
It was created in Rochdale in 1994, and had the following dimensions: diameter 15.01 m, thickness 2.5 cm, and weight 3 tonnes! I don’t know if they managed to flip it!
5.
Which day follows Pancake Day?
Ash Wednesday
Ash Wednesday marks the beginning of Lent. It gets its name from the practice of putting the ashes of palm leaves on the forehead as a form of repentance
6.
The record for the most pancake tosses in one minute is held by Australian Brad Jolly. How many pancake tosses did he manage in 60 seconds.
140
The celebrity chef achieved this remarkable feat in Sydney in 2012
7.
In Ashbourne, Derbyshire, which sport is traditionally played on Pancake Day?
Mob Football
The game has few rules and hundreds of players. It may seem like chaos to onlookers, but mob football is the origin of many sports, including football and rugby
8.
A ‘pancake landing’ is something you want to avoid, but what exactly is it?
When an aeroplane lands without its wheels
Pancake landings usually only happen from very low altitudes when an aeroplane stalls. Not too dangerous, but still best avoided!
9.
The very first pancake race (when runners must toss pancakes as they race) took place in the village of Olney, Buckinghamshire, in which year?
1445
Tradition has it that a housewife forgot the time because she was busy making pancakes. When she heard the church bells chime, she ran out of her house, still carrying her pan and pancake, in her rush to make it to mass
10.
As well as a pancake race, the seaside town of Scarborough celebrates Shrove Tuesday with which activity?
Rope skipping
I’m not sure about all that jumping after eating a plateful of pancakes!
sourced: educationquizzes com