As well as the shows they have been making available online, National Theatre at Home are streaming a virtual quiz this evening (Monday 25th May).

Your celebrity hosts will be Imelda Staunton, Jim Carter, Lucian Msamati, Meera Syal, Simon Callow, Tamsin Greig and Jessie Buckley. You can join them for questions on topics including Maths, Science and Nature, Literature and Theatre from 7pm on either facebook or YouTube.

Dear all,
Below are some pictures we have been sent through to share with you. We hope you like them. If you have any you wish to share then please do keep them coming.
A picture of some wonderful flowers on my walk in Headingley. Lisa 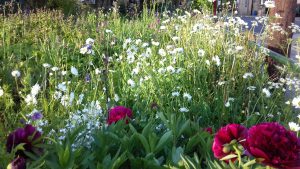 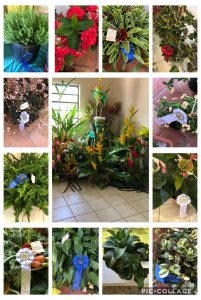 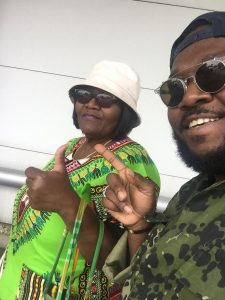 And below is a picture that Ben took on his walk of some graffiti on Meanwood beck. 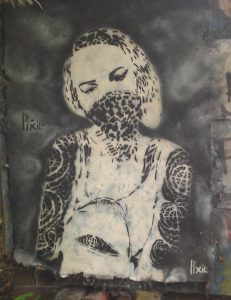 Our friends and neighbours of Craven Road and Delph View sent us a picture to share of them in their garden enjoying some snacks we got to them thanks to Jet2. They said Hi! to you all. 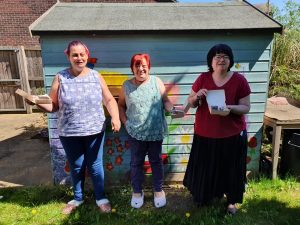 And lastly, I went round to see Rosa last week. She wanted to say hello to you all from her home in Little London. She was 96 on Sunday! –  ‘Happy Birthday Rosa’ And to anyone else who has celebrated a birthday in the last few months. 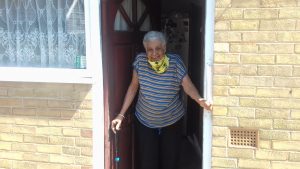 Thank you everyone for taking the time to pose and send these through, lovin em 🙂
***

Dear all,
This week’s lockdown workout is for soap lovers to ponder over whilst having your mid morning cuppa. Best of luck!

1.  He started off as a student with high hopes, but never left his hometown. Who had a string of jobs and almost as long a string of ex-lovers and wives?

2. In which fictional town is ‘Coronation Street’ set?
3. In 1993 what tragedy did “Emmerdale” use to attract viewers?
4. In “Eastenders”, where did Den and Chrissie Watts meet?
5. In Eastenders, who shot Phil Mitchell?
6. Which “Coronation Street” character lost his first wife to electrocution by a hair dryer?
7. ‘Brookside’ was Channel 4’s flagship soap and ran for nearly 20 years. In which city was Brookside set?
8. ‘Emmerdale’ had a name change in the late 1980s. What did we used to know this soap as?
9. “Crossroads” had two incarnations. In the original series which character ended up confined to a wheelchair following a car accident?
10. ‘Doctors’ is a BBC lunchtime soap first shown in 2000. In which fictional Midland city is it based?
11. Which BBC soap opera had such bad acting and story lines that it represented a tragedy in its own right and was cancelled after only one year?
12. Some characters in soap operas suffer more than others. Which “Coronation Street” character has been divorced more than once, widowed, married to a serial killer and arrested and tried for murder?
13. She was a nightclub singer who snared a publican for her husband. Which soap opera longtimer went on to manage a newsagent’s shop with a busy-body professional partner?
14.Which series shown on ITV between 1957 and 1967 is considered to be one of British television’s first major soaps?
15. Rowena Wallace played Patricia ‘Pat The Rat’ Hamilton in which soap?
16. Which British TV soap was first screened on Friday 9th December 1960?
17.Where is Emmerdale filmed?
18.What is the square in Eastenders called?
19.What did Hilda Ogden of Coronation Street have three of on her living room wall in the living room?
20. Who served as landlord at the Woolpack in Emmerdale between 1948 to 1991?

Each Sunday afternoon at 1.30pm, the time when they would normally have a live gig at Seven Arts, Jazz Leeds are putting on a jazz lockdown video session, featuring music and videos from the jazz archives from the Seven Arts and Inkwell venues plus some living room concerts from some of Leeds best known jazz artists.

Their free Tree ID app for Android and iPhone helps you identify the UK’s native and non-native trees. It’s an A-Z tree guide in your pocket.

While they are closed, Leeds Museums and Galleries invite you to take a virtual visit and experience their exhibitions at home 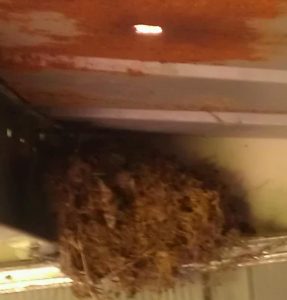 Well I’ve seen no sign of the Wren for a few days so thinking ill soon be able to crack on and paint the rusty bits in the shed ..I was up there yesterday..a strange buzzing sound coming from inside shed…bumble bees have decided to take up residence in an old wrens nest!..I guess It’s better than having a wasps nest..and they are the gardeners friend pollinating the plants..supposedly non aggressive as well unless you interfere with it ..or ..breathe on it apparently…yet more wearing of face masks…or hold my breath when I go in the shed..I’ll buzz off now..as Arthur Askey used to say..

When Cats was shown last weekend, Andrew Lloyd Webber told us it was the last of his musicals to go out for free on YouTube, much to the disappointment of many who have been enjoying this weekly treat.

The Good News this week is that although that was the last Lloyd Webber show, this initiative is continuing with musicals each Friday – starting with a Rogers and Hammerstein classic.  Grammy Award-winning music superstar Carrie Underwood stars in “The Sound of Music Live!” The three-hour telecast of the Rodgers & Hammerstein musical classic also features TV and stage star Stephen Moyer as well as Tony Award winners Audra McDonald, Christian Borle and Laura Benanti.

It will be streaming from 7pm, and then available for 48 hours here 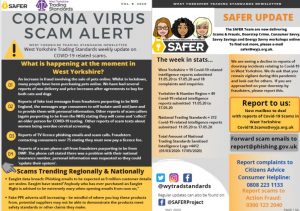 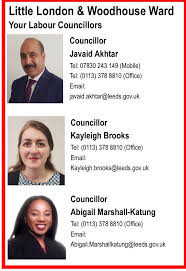 Dear All
As we continue with the lockdown and stay home guidance, we have decided to engage with all our ward residents via zoom every Friday from 6-7pm.  We will also have our MP Hilary Benn join us every other Friday starting today.  I am inviting you all to please feel free to join us if you would like to engage with the rest of the ward as community leaders serving our ward.  Below are the registration details.  Please kindly pass on the registration details to your members.  Many thanks again for all your continuous and priceless support.
Our best wishes
Javaid, Kayleigh & Abigail.
You are invited to a Zoom meeting.
When: May 22, 2020 06:00 PM London
Register in advance for this meeting:
https://us02web.zoom.us/meeting/register/tZwrd-6tqD0uHdcaSguIOmn58xXobx6pZvkK