My memories of the old radios and recording equipment takes me to the programmes many of us grew up with. Who used to tune in to “Listen With Mother” presented by Daphne Oxenford at 1.45pm Monday to Friday? It was just a fifteen minute programme as I remember and I think it was followed by ‘Woman’s Hour’.

I don’t remember the names of other children’s radio programmes which I think went out after school. Except of course for  Saturday morning which offered ‘Children’s Favourites with Uncle Mac. The same old tunes were played in week in and out, ‘Teddy Bear’s Picnic’, ‘The Runaway Train’, ‘Puff the Magic Dragon’, ‘Robin Hood’, ‘Sparky’s Magic Piano’, ‘There’s a hole in my bucket (dear ‘liza’) and ‘I know an old lady who swallowed a fly’ (perhaps she’ll die) – any more you can remember, please tell! It was on at 9am until 10, followed by ‘Saturday Club’ with Brian Matthew – it’s intro was “Hey it’s Saturday, yeah it’s Saturday’ – stirring stuff!

The ‘wireless’ was so important in people’s lives, particularly before television reached our homes. Daytime programmes I recall with fondness included  ‘Music while you work’ and ‘Workers’ Playtime, the latter being recorded in workplace canteens offering music and interviews with employees.Then there was Wilfred Pickles and ‘Mabel at the table’. ‘Have a Go’ I believe it was called and Wilfred saying “Go on, give him the money Barney’, referring to Producer Barney Colehan,  I can remember coming from school in the 50s to find my Mum cleaning the bitterly cold bedrooms and bathroom of our house; she’d be wearing her thick coat and headscarf and would be listening to the afternoon radio Play. ‘Housewives Choice’ was another too on the wonderful BBC Light Programme.

A lot of radio I found boring to my young ears, particularly ‘The Archers’ which was loved by many parents and if round at a friend’s house, then we’d have to be quiet from 6.45pm. After it’s signature tune faded though we would often mimic Walter Gabriel with “down in yon meadow” etc. My friend Kathleen’s parents always listened to Arthur Askey or ‘The Clitheroe Kid’ featuring the antics of Jimmy Clitheroe, his arguments with big sister Susan and being reprimanded by his Scottish Grandad. This popped up a year or two back on Radio 4 Extra, as did ‘The Navy Lark’ which was around the same era. I was transported straight back to the living room,  where Kathleen’s parents had an early radiogram. We had a tall (or at least to me) radio in the corner of the dining room but the ‘Fox’s’ had a radiogram. The record deck accessed by a drop down door had a distinctive smell of almond! I think the turntable was covered with a thin layer of velvet but it could have been felt. Kathleen and I would occasionally listen to the old vinyl records, not to our taste but it was a novelty as was our favourite – sung by Art Driscoll – funny, the things we remember. I can still sing it now –  “We toddled up the hill together” (we weathered any kind of weather…). Ah those bygone lyrics!

My Mum and Dad preferred to listen to the music of Max Jaffa and his Palm Court Orchestra; it wasn’t to my liking as violins made me cringe in those days. My Uncle Jack played violin in local Leeds orchestras and I hated having to listen. ‘Grand Hotel’ was another orchestral programme played on our radio each Sunday evening. “Sing Something Simple” was another favourite of theirs. I’m sure if I heard them now they would mean far more to me than they did then.  Sunday dinner at my Grandma’s home though was always accompanied by ‘Family Favourites’ presented by Jean Metcalfe and Cliff Michelmore. All those requests to and from relatives with the funny address of ‘B.F.P.O.’. The one Singer synonymous with that programme to this day is Matt Munro,  particularly his recording of “A Portrait Of My Love”.

We had little choice on ‘the wireless’ in those days but were contented. So many stations to choose from nowadays, particularly the digital ones and I listen to the radio more than I watch TV. Listening to some of the old radio plays on ‘4 Extra’ are a joy but it is always ‘background’ to jobs I am busy with. Gone are those days when we would be content to sit, relax – and just listen to the wireless, but then everything comes around again. 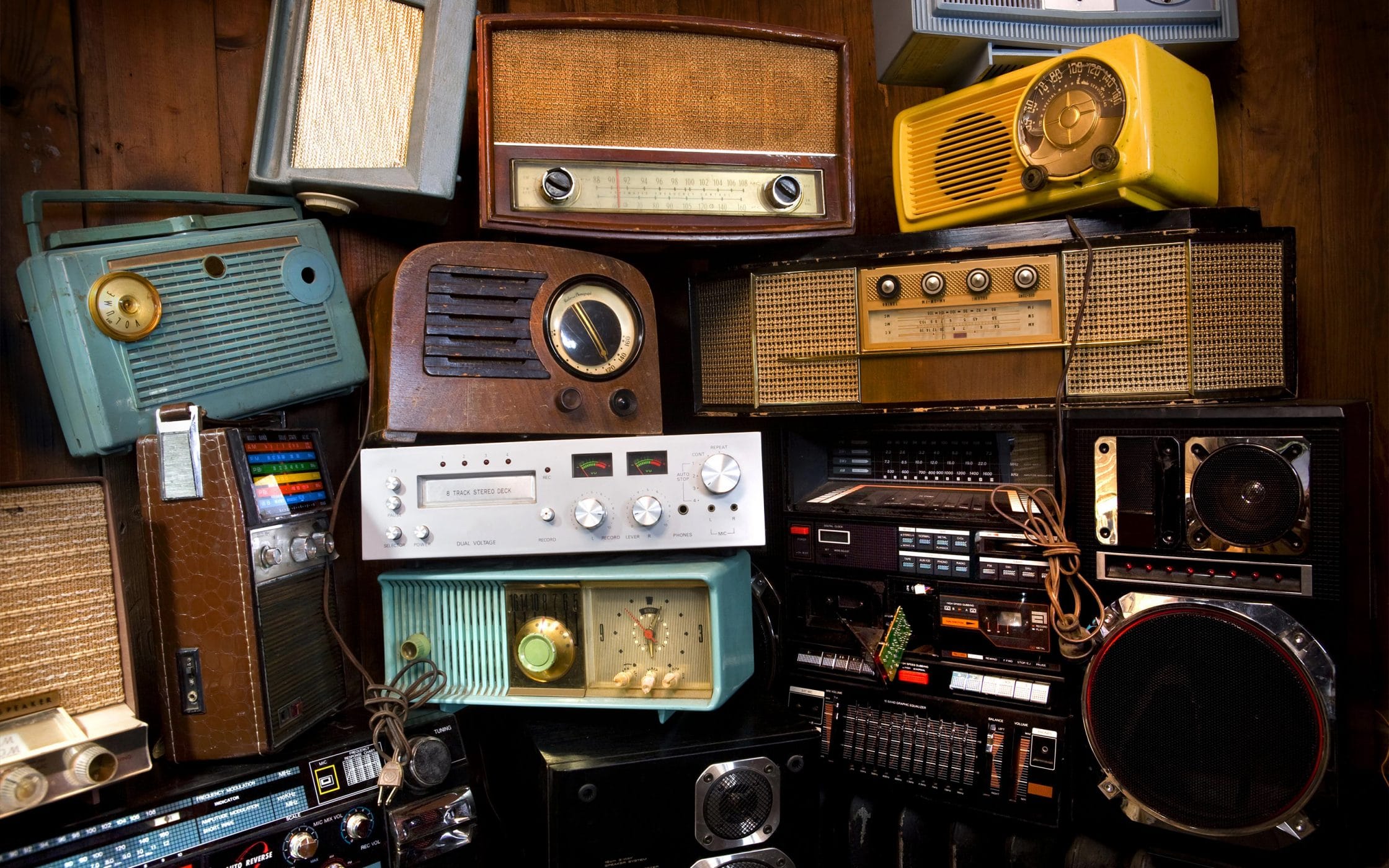