Dear all,
.
Sometimes we like to spend our officially-approved daily exercise periods wandering through the disused St George’s Fields cemetery in the grounds of Leeds University.
.
There are wide paths paved with the flattened common gravestones of people who died without having the foresight to make a responsible funeral plan and as a result are entitled to only one line of plain lettering listing their name, date of death and their age they departed this life, although ‘departing this life’ contains too many letters to be within the budgets of most of the cemetery’s inhabitants.
.
Many of the deceased in the common graves, if they achieved adulthood, died in what we would call early middle-age, their 40s and early-50s. The more elaborate still-standing headstones, with big lettering and unnecessary wordage, are typically of people who died in their 60s or 70s and had occupations, such as victualler or merchant, that paid better than being an ordinary worker in a country built by workers.
I expect common people visiting common gravestones would have noticed this inequality in death but I shouldn’t think it worried them. It was just how things were; there was no secret injustice to be discovered, everything was spelled out in stone, inevitable and unchangeable.
But big events do shake things up. I’m not sure that that the present pandemic is an event on the scale of the world wars or the great depression or even some past epidemics, but it will change things.
.
If I were of an age which would allow me to report back to you in 15 or 20 years time, I would be interested to see how many people still work from home, how much life remains in city centres, whether it’s permitted to get mildly drunk in pubs – if there are pubs – and how many packs of dogs, bought to alleviate lockdown boredom, are now wandering the streets, possibly joined by liberated Llandudno goats and the odd stranded walrus.
.
It would be interesting to see whether we still rely on home deliveries and the army of low-paid, though very skilled, people who keep us fed, watered, furnished and amused but would mostly end up piled into common graveyards if there were still such things.
.
It’s possible that the that the economic consequence of the pandemic, which are as yet uncounted, might bring about a realignment that makes the rich slightly poorer and the poor slightly richer, so the figures add up more sensibly. Don’t wait up though.
.
Incidentally, the St George’s Fields cemetery also contains the gravestone of the circus owner Pablo Fanque (real name William Darby) who died in 1871, aged 61, and should be remembered as a pioneering black entrepreneur but is in fact remembered for contributing a couple of lines to the to the Beatles’ Sergeant Pepper album: “The Hendersons will all be there/ Late of Pablo Fanques fair, what a scene.”
.
The joint gravestone also commemorates the tragic death in a circus accident of Pablo’s wife Susannah, but it still never fails to cheer me up.
picture from foursquare
.
Thank you Oliver for sharing this with us, until next time….
. 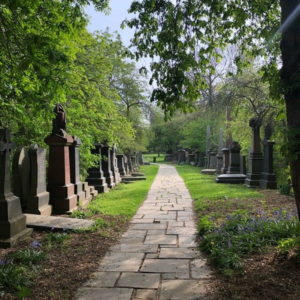